When Soapy Soap Company goes on the road to farmers’ markets, we notice that people love to pick up and smell our soaps. That works well in person, but it’s not as easy to smell our soaps online. Since we are always looking for ways to improve and better serve our customers, we decided to incorporate the sense of smell on our website!

We thought an interesting way to enable visitors to experience the scents behind our three new lines of soaps (Moisturize!, Cleanse!, and Replenish!) would be to create “Smell-O-Vision”—Soapy Soap style. One of our summer interns asked people on the streets of Bloomington, Indiana to describe the scents of our new bar soaps, and now the product page for each bar soap includes a “Scents on the Street” video for your viewing—and vicarious smelling!—pleasure. 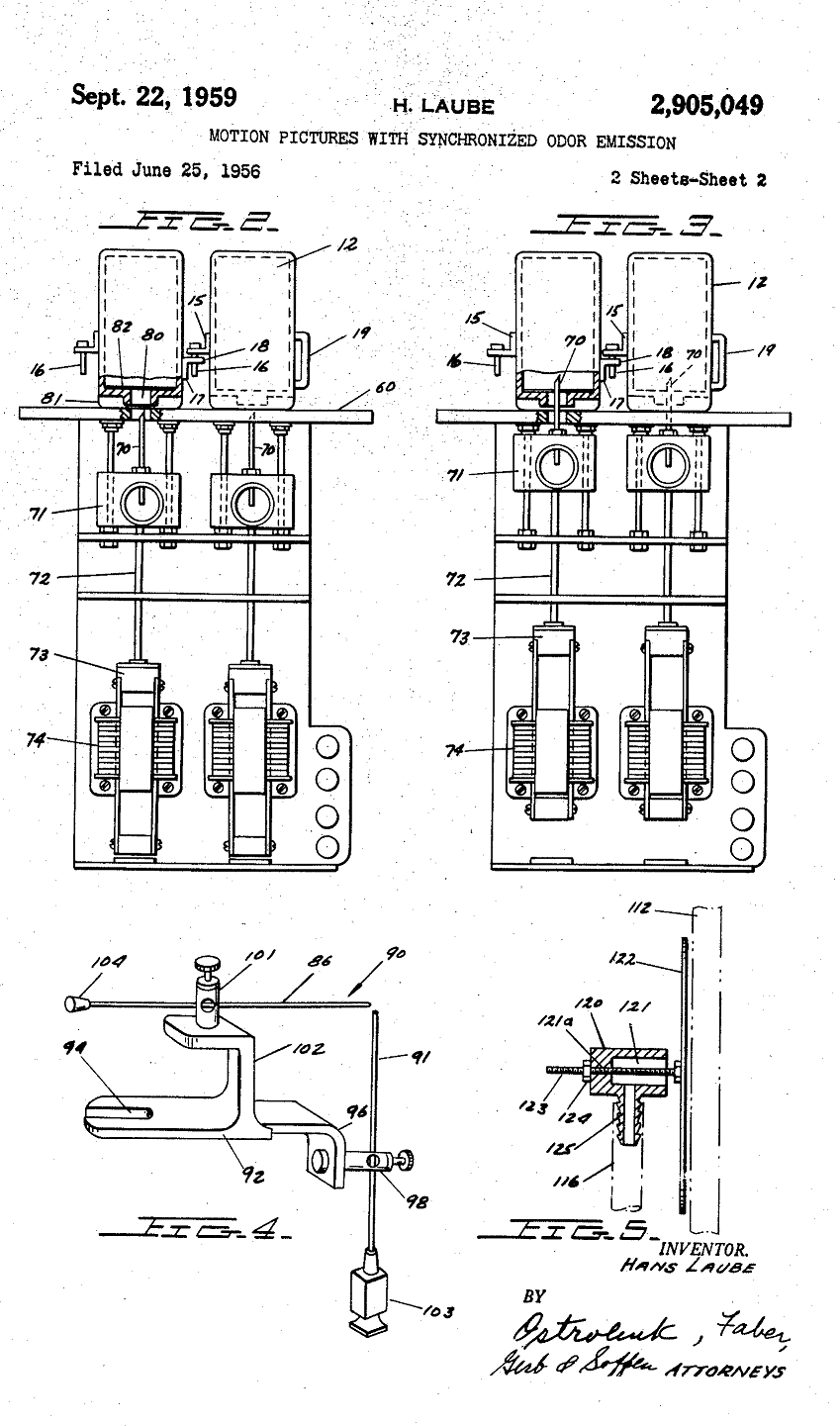 This isn’t the first time someone tried to make scent available to viewers, and we can’t take credit for the name “Smell-O-Vision.” Actually, Smell-O-Vision has been put into practice several times throughout the 20th century and is still in use today.

In the late 1950s Hans Laube coined the term “Smell-O-Vision” and invented a system that released various scents during the projection of a film. His invention debuted at the release of a mystery comedy film called Scent of Mystery. During the film, 30 different aromas were literally pumped out of the theater’s seats.

Unfortunately for Laube, his invention was not well received by moviegoers. Aside from poor reviews of the film itself, people complained that the device created a distracting hissing noise and that the odors were too faint, causing people to sniff loudly in attempt to catch the scent.

Despite Laube’s failure, Disney now incorporates the concept of Smell-O-Vision on various rides throughout its parks today.

We now have “Scents on the Street” videos for each of our new soaps. (See the example above for Moisturize! - DuoMint Bar Soap.)

We encourage you to visit all the new product pages to see the other "Scents on the Street" videos, too!